**This post may contain affiliate links, which are no additional cost to you, but help me buy more hanging files.**

I can multi-task, but multi-tasking a ton of things, and big things at that, are just too overwhelming to me. Especially when it comes to big DIY projects. And you know what, that’s ok! At the same time, I felt like I needed to update you guys as to where I have been and what I’m doing. If you follow me on Instagram or Facebook, you know that I’m knee deep in updating my home office. Let’s take a look at what I had to start with.

(You’ll have to excuse the mess and the horrible pictures. Only four days after we moved into the house, we had to evacuate for Hurricane Matthew. These pictures were taken to more or less document what we had should we have lost everything. You can read about that adventure here and here. )

At some point I’ll share the whole house tour of the bold color choices the original owners of the house chose and let’s just say, every room was a bold choice. Every. Last. Room. You’ve seen hints of it when I shared the under the sea room makeover for my girls and the laundry room update. Being an Ohio State fan, red wouldn’t bother me, but the red in the office was more of a rusted brown red and just not our style. We have a coastal farmhouse vibe in the house and naturally I wanted my home office to have that same feeling too. Even though I knew that we would update it, I went ahead and painted the walls “White Dove” by Benjamin Moore just to make the space more tolerable.

After we mastered shiplap with our foyer, the hubby and I talked about bringing shiplap into the home office as well to give our house continuity. Plus when you walk through the front door of the house, looking down the foyer you look directly into the office. Which is why I also thought we should make just the back wall of the office an accent wall of shiplap. However, my hubby wanted the WHOLE room shiplapped. While this space is mainly going to be my office because I work from home, I do value his opinion and the fact that this is his house too. So I agreed to shiplap the ENTIRE home office. (I felt like that scene in the “Little Mermaid” where she signed away her voice just so she could have legs.)

First things first, we needed to address: the storage issue. The previous owners left us two large matching bookcases which we used to flank a large armoire that housed our computer.

We decided to sell all of that to use as “seed money” to use to “plant” into this project. I recommend doing this for any project. Not only does it give you money to use, but it also helps clear away the clutter. In its place, I wanted to make a desk that would span wall to wall and when the girls came home from school, they could also use the space to do homework when I was done working for the day. I found an inspiration picture on Pinterest for how I wanted this space to look.

The opposite wall I decided that I wanted to do a wall of built in cabinets that would also span wall to wall. We had a couple of things to address with that project as well because the space between the wall and the window didn’t leave much room. Also, I wanted the built in cabinets to tie into the room and appear that they’ve always been in that space.

The built ins would have a counter that I could use as a work surface or even for display. Inside those cabinets would be all the stuff that was originally in the two tall bookcases we sold. Above the built in cabinets, I wanted to do open shelving using brackets and wood stained to match the counter and the desk.

After that it’s wall decor, which leads me to this Hobby Lobby find and adorable stud we’ve named “Ferdinand”. My hubby still says he doesn’t understand my love for Ferdinand, but seriously Ferdinand just has this “I don’t care what you say, I’m a bull and I’m going to do it anyway” look that I totally get. 😉 Plus he’s just SO handsome.

Before we started the project I would drag the wood kitchen chairs into the home office to work. Not only was sitting on the wood chair for any extended period of time not comfortable, it was just a hassle to drag it back and forth. I found these amazing chairs from World Market on sale. Unfortunately they didn’t have two in stock and because we weren’t in a rush to get them, World Market ordered them for me and rain checked the sale price. The best part was that I also received a coupon through my Explorer Rewards and they honored that as well! I ended up getting the chairs for just under $180.00 a piece and they are regularly $249.99!

There you have it folks! This is why there hasn’t been any updates on the Clutter Free Home Organization Challenge. (Plus the next space to cover was the Master Bedroom, and at the moment ours is a mess because it was holding the decor from the home office.) It’s also why I haven’t written any additional blog posts. (Which I also know I need to get better at doing, if anything just to update where we are with our projects.) Not to mention the fact that my girls are in full swing of the school play and Lacrosse. And I won’t even gloss over the fact that I literally just changed the dogs collars last week and news flash- Christmas is officially over. Just keeping it real over here.

TTYL, but not too much later. Pinky swear 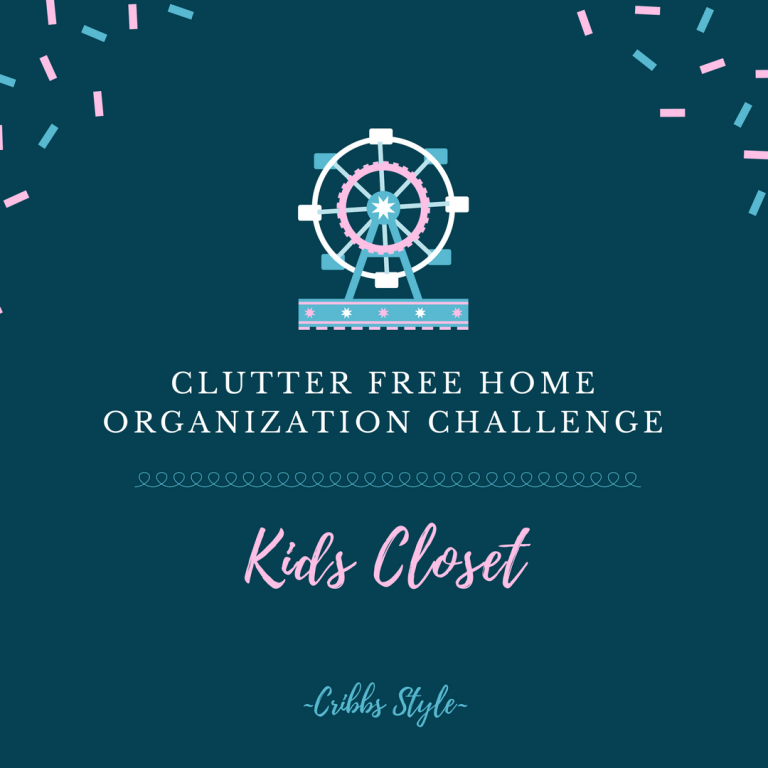 **This post contains affiliate links that are at no additional cost to you, but allow me to buy more hangers.** I’ll never forget when we first had the girls and it seemed like we were constantly switching out their clothes, especially the first year. Even to this day, almost 10 years later, we have clothes…

One of the most asked questions I have received, has to do with that space under the sink, namely in the bathroom. So naturally after I tackled my closet and drawers, I kept the momentum going and moved on to the bathroom. Now let me first start by saying that I am horrible at remembering… 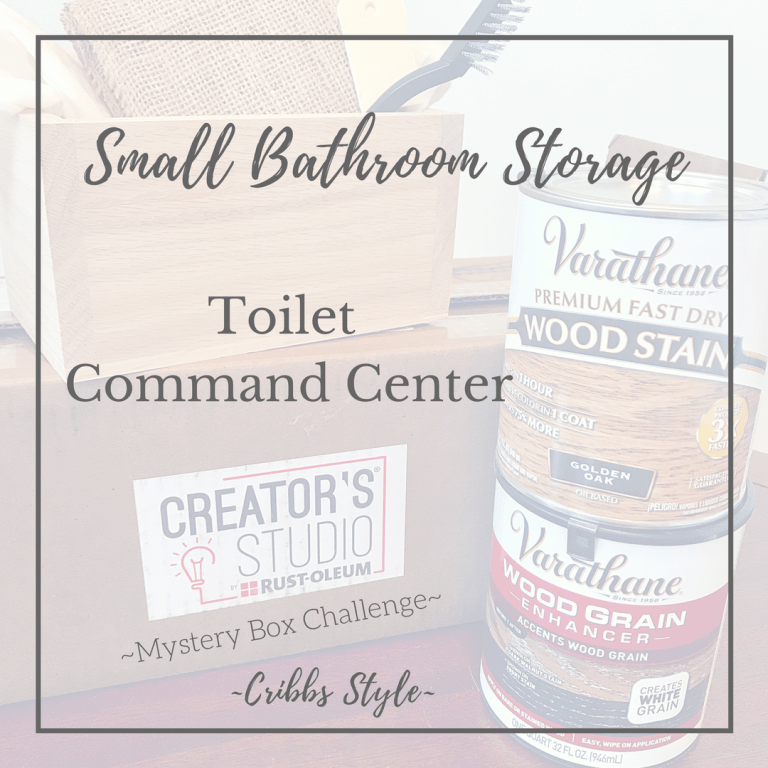 **This post may contain affiliate links that are of no additional cost to you, but help me buy supplies for my off the wall ideas. Or in this case, on the wall.** **I received product for the challenge, but this post is my own opinion.** You know that you’ve seen products on infomercials and thought,… 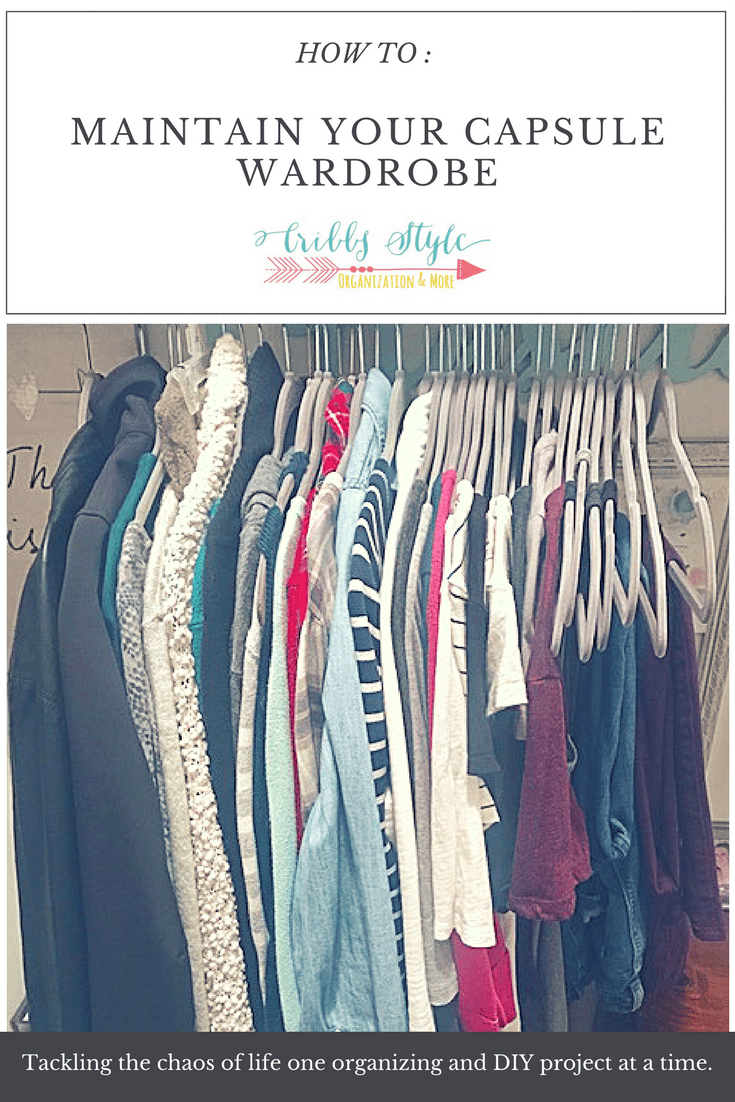 You came back!!! No matter where you are in this process: you’re waiting patiently for the finale, you’re smack dab in the middle, or you still haven’t started, I’m just happy you came back! The thing about any organizing project I do or have done for anyone else, you’re never actually done. I know that… 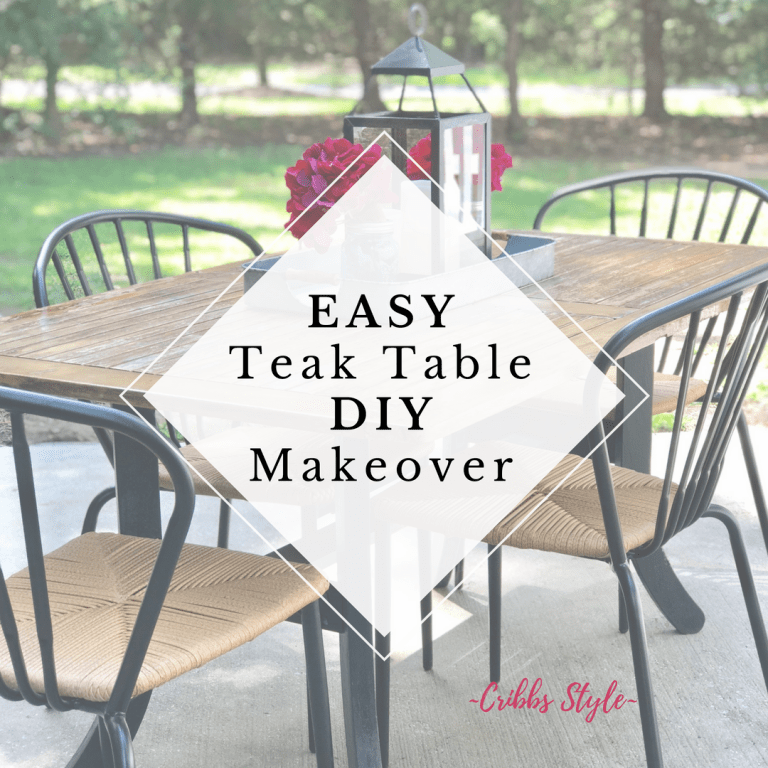 **This post may contain affiliate links, which cost you nothing extra, but allow me to do some really cool projects.** This teak outdoor table was free, but I was able to breathe new life into it with this EASY rustic DIY. I am all about free furniture, but I am the worst about driving around…

After we had our second baby, I had dreams of giving the girls a room where all of their toys would stay. A room that if we didn’t feel like straightening up, we could simply close the door; out of sight out of mind. But reality set in and I knew it would be a…