**This post may contain affiliate links, which cost you nothing extra, but help me make my dreams a reality. **

I know that you’ve heard the term “fear of failure” and how it will stop people from doing certain things because lets be honest, no one really likes to fail. It can be embarrassing and uncomfortable.  It definitely makes taking risks really hard because while we all yearn to do big things, deep down we really only want to do it if we know it’s a for sure thing.  Am I right? It’s bad enough that we get into our own heads and talk ourselves out of doing things, but we also wonder what other people will think. What’s worse is when you hear it from their mouths, and they didn’t know you overheard them. 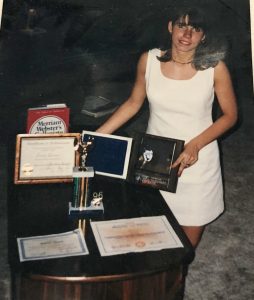 Pictured with my awards from high school senior assembly.

Let me give you a little backstory…

Growing up, I LOVED school. I worked my tail off to get my grades, but I loved it.  I went to college and I struggled, HARD. There was a lot to balance including being a small town girl living in a big city with no one telling me what to do. School didn’t come easy my first year, no matter how hard I tried. Needless to say I got myself into a heap of trouble, but thankfully I got myself back on track with a lot of help. (That’s the Reader’s Digest version of it, I’ll save the juicy stuff for another time.)

A day, based on my freshman year, I wasn’t sure would happen. 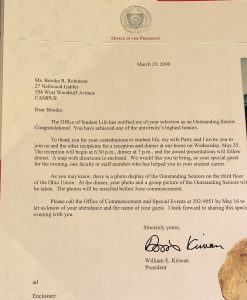 A lot of hard work got me back on track not only to graduate college, but receive an award as well. 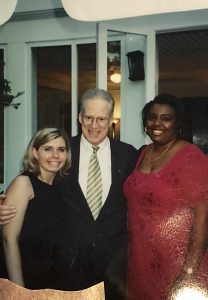 My senior year in college I decided that I wanted to go to law school.  I took the LSAT, found a school, and right before I was set to start, a close family member wanted me to talk to someone she worked with who had attended the same law school. She set up a conference call with the three of us and I was all about it. Until I realized that in all actuality it was more of an intervention and wasn’t a “go get’em Tiger” conversation.  We said our goodbye’s and while they thought they had hung up with me, they actually hadn’t. I listened for the next 10 minutes as this family member, whom I looked up to and admired, criticized my decision to go to law school. Saying things like “she doesn’t know what she’s doing with her life” and “she’s making a huge mistake”.  Needless to say, I was crushed. 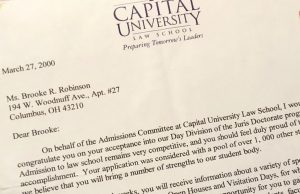 Getting accepted into law school was what I had hoped and prayed for, but later decided it wasn’t right for me.

Following what I felt was the next journey.

Keeping with my plan I headed into my first semester of law school and studied more during that time than I did my entire time in undergrad. It was hard and I knew it would be, but I was determined to keep going. The way that this particular law school was set up, your grade came down to one test, the final. This is where I should mention that I am an AWFUL test taker. I took my finals and passed every class except for one. The school allowed me to continue on and I just had to re-take the class I failed.  All I kept thinking was I have to prove them wrong, when in all actuality after a lot of soul searching, decided that being a lawyer wasn’t really for me.  I quit, even though I kept hearing the conversation I overheard play in my head.  I quit, and that one semester cost me $20,000 with nothing to show for it.

Can you imagine how hard that was? (Let’s not even talk about all the things I could have done with the $20,000 that took me nearly 7 years to pay off.) Deciding to quit something KNOWING that there was already one person who would be ready with a celebratory “I told you so” sign?

Eventually I settled into a government job. I was afraid of doing the big things because I didn’t want to go through the embarrassment again if I failed. I was afraid of failure because I had literally been there, done that, and got the t-shirt, and the gavel, as a reminder. (They handed those out at law school orientation.) 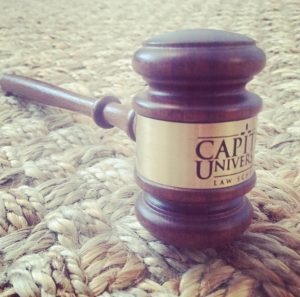 I kept this gavel a long time and realized that holding on to negative energy did nothing for my present self.

It took me years, several self help books, and the death of my father to realize that failing isn’t the end of the world. There is something about failure that holds the harder lessons that mean the most. Until we take our last breath on this earth, we always have a choice in how our futures are going to play out, regardless of the opinions of others. No matter if they are complete strangers or even worse, your closest relative.

This required me to change the way I thought of things and find that lesson.

Sure that one semester was $20,000, but think of how much more debt I would have accumulated had I let my pride get in the way, finished law school, and still came to the same realization I did after the first semester? (I’ll save you the time, $120,000. I know, crazy!)

About 6 years ago my husband and I were miserable and we took a huge risk by moving 5 states away. We wanted more for our lives, but had we stayed because it was safe and what others wanted, I probably would not still be married. Now we have the work/life balance we wanted, but didn’t think was possible.

One of the first books I read that truly helped open my mind. 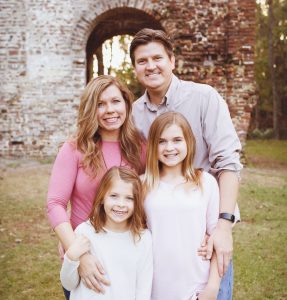 Our family has been through a lot, but having them makes this journey through life so much sweeter.

I quit my government job because my passion wasn’t there and I felt like I was losing a bit of myself every day. I was existing and not living. In turn I decided to start my blog because it’s something I’m passionate about and I want others to feel empowered. As a result I’ve had opportunities and met people I would have missed out on otherwise.

This book really helped me tap into my “what are you waiting for” mentality.

When we started living life for ourselves instead of what was expected or what others would negatively think, it was such a freeing feeling.  Each of those big risks came with a lot of thought, while at the same time knowing that there would be people waiting with their “I told you so” signs.  There are always going to be negativity and critics, but you have to learn to block them out and realize those are their issues, not yours. Sure I still struggle with taking risks, but now it has nothing to do with anyone (my immediate family excluded) other than myself. Believing in myself and what I’m capable of has been a very long road after many years of believing otherwise. No things are not perfect and I fail almost daily, but instead of being scared of it, I try to learn from it so I don’t make the same mistake the next time.

Some times you need a good kick in the pants, this would be that in paper form.

After all, I am my own DIY project.

« One Room Challenge – Master Bathroom Reveal
How we designed and organized our kitchen pantry closet. »

Hi, I'm Brooke! Welcome to my little corner of the web where I share my (hopefully) helpful tips about how I'm navigating through life, one organizing and DIY project at a time. Come on in, make yourself comfortable, and let's get to work!

You ever put off something and then finally do the

I’m looking for inspo for the new house and than

Jojo is a whole Monday mood. Just as I finished wa

A little #tbt to the first project we did in quara

I can’t take this dreary weather anymore and dec

There’s nothing quite like golden hour. I know I

From our chaos to yours, we hope that your day was

All work is Copyright of Cribbs Style and are solely the opinion and suggestion of Cribbs Style. Any links to affiliate sites could result in payment to me, but my honest opinion will be given in regards to the products. You are more than welcome to use one picture as long as you link back to this site and please do not crop out any watermarking.